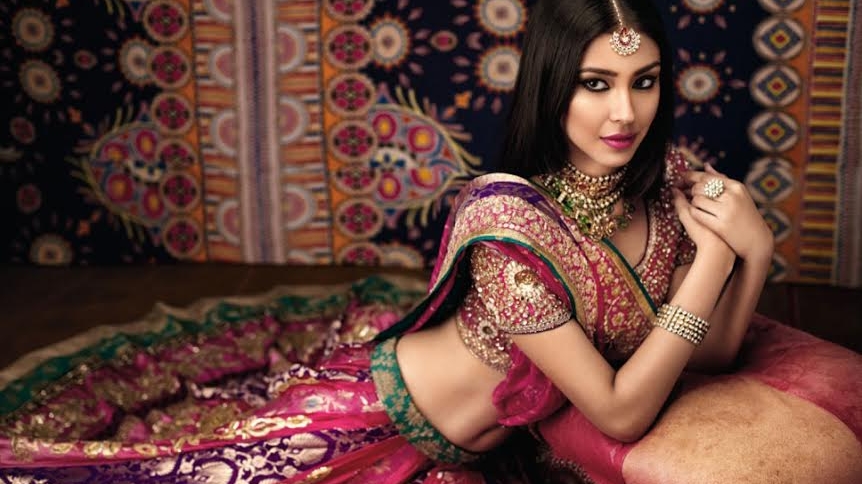 Celebrated designer Ritu Kumar will present her couture collection at the Wedding Fair at The Ajman Palace Hotel on February 12, 2015. Forty five years ago, she was the first woman to introduce the ‘boutique’ culture in India under the brand name Ritu. Today she has over 35 outlets in all major cities in India and an international presence in Dubai.

Ferghal Purcell, General Manager of The Ajman Palace Hotel, said: “The Ajman Palace Hotel is a prestigious address for weddings where luxury meets elegance. ‘The Wedding Fair’ is Ajman's first wedding expo and will serve as a showcase for visitors to see the finest mix of wedding must-haves including the latest trends in bridal wear. We are extremely proud to have India's top most designer Ritu Kumar participating in the fashion show".

True to her aesthetic, the bridal line that will be unveiled at The Ajman Palace Hotel, is a perfect blend of traditional Indian aesthetic with typical Ritu Kumar print and embroidery accents. The collection is inspired by traditional zardozi embroidery and kanjeevarams incorporated with contemporary designs and motifs in a range of saris, suits and lehngas. Heavy embellishments, being stylish and sophisticated, form the perfect couture collection. The colors are subtle ranging from silver and golds to traditional reds, fuschia and oranges.

With exquisite designs, intricate detailing and an appealing colour palette the collection is elegance redefined. The lehengas from the collection are beautifully rich and colorful with hand woven designs in luxurious material. Made for the modern brides, the lehengas are a perfect blend of modern designs with traditional sensibilities keeping in mind the comfort and versatility.

Sarees and suits from the collection speak volumes in terms of elegance. Sarees and suits in net, chiffon, lace and georgette, in bright colors is a pastiche of the entire colors of spectrum. Elegance of the garments is enhanced by the use of lace and gota patti work for the borders and dupattas. The collection is edgy and versatile with a hint of traditional karigari and embroideries.

Ritu Kumar is a modern-day designer patronized by international style icons but a larger part of Ritu still lives in an era of the ruling dynasties of India, sharing the spirit of the spinners, weavers, dyers, printers and embroiderers. She is inspired by the patronage given by the erstwhile royalty which fashioned the costumes of the Maharajas, Ranis and other Royalty. Some of the fabrics used in the era were the much acclaimed delicate muslin from Dacca, fine silk brocades from Varanasi, complex woollen weaves from Kashmir, intricate gold embroideries from Lahore.

Most would know Ritu Kumar as a home-grown fashion brand. Very few, however, would know her as a historian who has spent years tracing the evolution of the Indian costume – the fabric woven in time that speaks volumes about the people and their relationship with the environment. Through her pursuit, she has revisited the splendid traditional style that gave the country one of its first self-sustained enterprise and offered livelihood to the majority, from the very dissent of the Aryans till India lost most of it to the commercial interests of the British Raj.

Beyond the commercial success as a first-generation entrepreneur, Ritu's profile is rather complex.  She is an anthropologist and a musuelogist rolled into one, who is out with a sensitive spade, digging into the history of Indian costume, unearthing the secrets of the rich handicraft tradition lost in time, brushing cobwebs from the heritage that India lost to British colonalisation. She is showcasing it in her work but in parallel, she is also documenting the journey of the Indian threads of creativity.

Ritu is an ambassador of the age-old skills of growing, spinning, weaving, dyeing and patterning of cloth. She patronizes the ancient art of unstitched silk and is spearheading the resurrection of stitching, styling, ornamenting and detailing of fabric. “There is a lot we lost after the death of royal rituals during and after the British rule and with it died the ceremonial costumes and the tradition that fed the Indian economy from the very beginning. It was not just the territories of the Maharajas that merged into a single democratic state. The individual creative skills that had been handed down by generations of craftsmen also merged into the oblivion. To me, the loss of that skill-set is one of the biggest historical losses for post-independence India.”

“Today, I am celebrating the global success of Indian fashion, styling and design because the industry is unsuspectingly taking with it, the craftsmen who had been isolated for centuries." For Ritu, whose family lived in Punjab in an area where there were no good schools and in an era when schools were not necessarily meant for girls, it has so far been a long journey of discovery both of self as well as India’s textile heritage that was. But her destination clearly is the rediscovery and documentation of the craft-forms that have been running in the India for centuries.

Ritu is a part of a fiercely competitive sector. And like every other creative field, the adrelin is always pumping. And the need for innovation in intense. As the global fashion scene becomes more competitive, through sheer creativity the team at Ritu Kumar has mastered the art of surviving it all.

About The Ajman Palace Hotel

The Ajman Palace Hotel, managed by HMH – Hospitality Management Holdings, is a picturesque sanctuary of privileged perfection conveniently located 22 km from Dubai International Airport and 11 km from Sharjah International Airport. Set on a private beach, this alluring hideaway is a heritage resort with a modern spirit. Bringing an unprecedented level of luxury, with captivating views of the Arabian Gulf, the resort is a destination unto itself. Balancing world-class facilities with the legendary Arabian hospitality, it offers 254 rooms, suites and serviced residences, a remarkable range of restaurants and lounges, fabulous meeting and event venues including the largest ballroom in the Northern Emirates ideal for weddings and conventions, as well as an array of leisure and recreation options at Encore Lifestyle Club featuring Encore Spa and state-of-the-art fitness facility. A magical experience awaits you here.

For more information about the hotel please visit http://www.TheAjmanPalace.com

These terms and conditions are provided by Hospitality Management Holding (referred to hereafter as HMH) in respect to its website at  HMHHotelGroup.com

All pages and graphics on this web site are the property of HMH. Pages, code or other content from the HMH website  may not be redistributed or reproduced in any way, shape, or form without the express written consent of HMH. Failure to obey is a violation of copyright laws.

The HMH website is provided without a guarantee of any kind. The HMH website may contain errors or incorrect code that does not function properly. HMH makes no guarantees regarding the accuracy of the information/code in the topics covered. If an error is found, please use our contact form to inform us and we will attempt to fix the issue.

The HMH website contains links to other internet web sites. HMH is not responsible for any content that appears on partner web sites or other linked to sites.

By using the HMH website you agree that you have read and agreed to the terms specified on this copyright page.

We do not rent, sell, or exchange your names, personal information, or email address to third-party companies for their marketing purposes. We do provide your information to reputable organizations that help us to fulfill your order. For example, we use companies to verify and process credit card transactions, and to deliver packages. These third parties are not authorized to use your information for any reason other than to fulfill our service.

We may be required to disclose your personal information to third parties if necessary to comply with applicable laws, subpoenas, or court orders.

When you visit HMHHotelGroup.com (referred hereafter solely as HMH), small text files known as "cookies" will be stored on your computer's hard drive. A cookie allows us to enhance and customize your online shopping experience and improve the design of our site. These cookies store random ID numbers and information about your first and last visits, number of visits, shopping cart contents, Express, and affiliate referrers. You may set your web browser to notify you when you receive a cookie and you may also erase cookies from your browser after your shopping session. If you delete our cookies, you limit our ability to personalize HMH for your next shopping visit; however, deleting a cookie will not prevent you from shopping and purchasing at our site in the future.

How do we protect the security of your information?

We protect our databases with various physical, technical and procedural measures and we restrict access to your information by unauthorized persons. Our information systems are maintained behind a software firewall to isolate them from access by other networks connected to the Internet. We also advise all HMH employees about their responsibility to protect customer data and we provide them with appropriate guidelines for adhering to our company's business ethics standards and confidentiality policies.

All information transmitted through HMH is stored on our secure server. We use Secure Sockets Layer (SSL) technology, which is the electronic commerce standard for securing information as it travels over the Internet. SSL technology is designed to encrypt your information, preventing an unauthorized party from viewing and downloading your information. Your web browser should display a web address with an "https" prefix, indicating that the SSL technology is operating when using certain portions of our website like our online payment processor.

Do we link to other websites?

HMH sometimes provides links to other companies' websites. Unless we expressly say otherwise, a link to another website does not mean that we are responsible for, or that we endorse the content or policy of that website. When you provide information at one of those sites, you are subject to that site's privacy policy. We encourage you to read that website's policies before submitting any information if you have concerns about how information may be collected or used.

This Privacy Policy was posted on HMH on April 28, 2008. We reserve the right to change, modify or amend this policy at any time. If we make any significant change to this policy, we will provide notice of the change through email and on HMH.